What Is
Lindy Hop?

Lindy Hop is a couple dance with its origin in the 30’s and 40’s Harlem, New York. Swedish people are probably more familiar to its synonym: Jitterbug. It is often referred to as a fast dance with a lot of kicks and acrobatics. Surely this is one side of the dance and this is often what we see in movies, clips and shows. But it is foremost an improvised couple dance, danced to all kinds of tempos, including really slow. 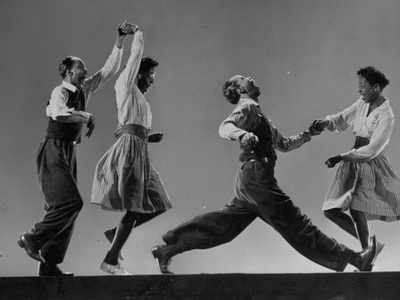 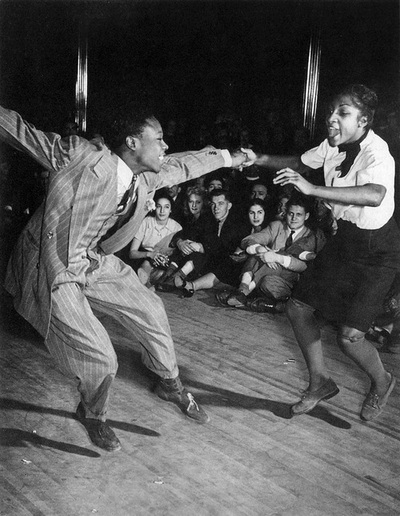 Lindy Hop is a simple dance in its basic structure but can also get very advanced when learning the rhythmical language of jazz and improvisation.

Lindy Hop developed from and along with the Swing music (one genre within jazz). Count Basie, Duke Ellington, Jimmie Lunceford and Chick Webb are good examples of Big Bands from the 30’s and 40’s that played truly swinging jazz.

Lindy Hop is a dance that came along as a natural way of moving together to the music that was played at the time. It is what we would call a street dance. It has no roots in dance schools or rules and regulations. It has nothing to do with frame, one “right” way of doing things or a set way of moving. Lindy Hop is all about expression, communication and joy.

Many of the front figures and founders of Lindy Hop were also members of the dance troupe Whitey’s Lindy Hoppers. The most well known Lindy clip from that time is with this troupe performing in the Marx Brothers movie ”Hellzapoppin”, filmed in 1941 (see below). This clip has been a great inspiration to us and many other dancers that have been focusing on the performance part of the dance.

The music started to change in the mid/late 1940's from Swing into Bebop Jazz and so did the dance. The music got more complicated and was no longer played for dancers but for listeners. This music shift in combination with a lack of men that were leaving for Second World War caused that the dance started to die out.

﻿Please listen to Frankie Manning (below) our guru when it comes to dancing and the man that has had a crucial impact on Lindy Hop, both when creating the dance and to spread it again in the 1980's. He is referred to as “the best dancer of the time” and was a leader and choreographer for Whitey’s Lindy Hoppers. Without Frankie, his personality, his humbleness and charm and his true passion of sharing this dance it would most likely never have grown as big as it is today. Frankie was a huge part of spreading the dance world wide after its revival in the 1980's.

Frankie Manning social dances in 1997
Since the revival in the 80's this dance has grown even more popular around the world and today the most popular swing dance camp, Herräng Dance Camp (Sweden), attracts participants from more than fifty different countries.